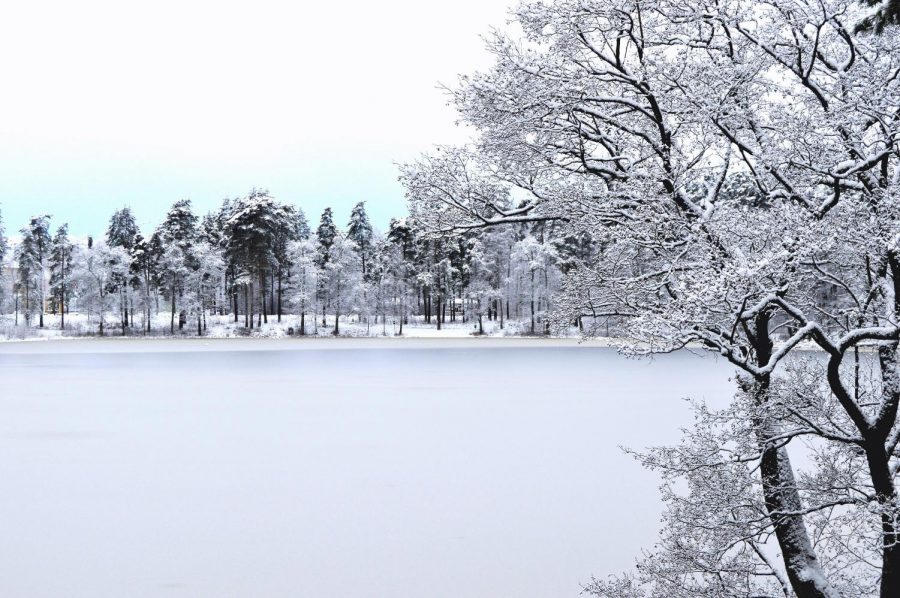 The air felt minty green, and the frosted branches around me brushed against my body when I saw him. He was sitting under the willow tree, waiting for nothing in particular to happen. Him & I were alike. Never too fond or naive over the yellow tasting words the world granted us. We’d rather make our own. I had just walked back from the record store in town, he told me to meet him at our spot around 1, it was 12:07.

He didn’t see me, I was too far out but I knew it was him. I’d recognize him anywhere. From the first day we met, his lean figure had imprinted in the strings of my head, tattooed. The way his body shifted naturally as he sat. His eyes that sing to snowflakes falling around him. For some reason it always seemed as if his lashes were damp.

Though it was winter, today was fairly neutral in temperature. I love these kinds of days. Bright & full of existence. Silences full of gravel, but simultaneously serene. What I really adored though, was the contrast of the soft snowflakes falling against his tinted caramel skin. He was slumped up against the tree reading, I couldn’t make out the cover, but knowing him, it was probably Whitman, Baldwin, or Sanchez.

I knew I should go over there and join him under the safety of the tree’s bare branches, but I just couldn’t make myself move. I loved gazing at him like this. It’s like no other feeling. Sometimes, it feels like I can stay in this moment forever. It’s more about me than him, really. I’ve always felt in a daze my whole life. I can remember being fully present some particular days in my life, but I can never remember what I did in those moments. Just that it happened, and I felt it, for a little bit. Everytime I watch him like this, I try my hardest to grasp that feeling. That feeling of presentness, without worry, without angst, obsessiveness. It’s all gone, and the only thing left is the moment. Or moments, I should say.

Today was perfect. But I wanted him to see I was there, read with him, sit next to him. Be with him. More than I wanted to be present. That might sound bad, but I don’t care. So, I convinced myself there would be another day where I could grasp that moment I longed for, and found myself walking toward him. He looked up & saw me, his face twitched into an effortless, soft smile. “You’re early,” he said, putting down his copy of ‘Homegirls and Handgrenades’. Sanchez.