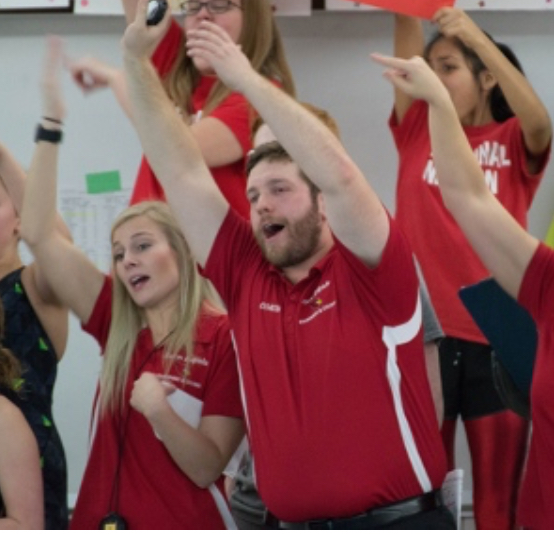 This season was one of big improvements and victories, as well as tragic losses, for the Coon Rapids Girls Swim and Dive team. The 14-week season was slowly coming to an end and the team of 35 dedicated swimmers and divers looked back at all of their many accomplishments and evaluated what they could do differently in the future.

When asked how they saw the season, overall many members of the team had good things to say. “We’re gone for a whole year and to be back and with the team, getting better and working hard is really fun and fulfilling. It’s nice to reach your goals,” said Sydney Waters. And while they were sad for the inevitable end to this season, they’re ready to continue to work hard in the off-season and come back even more successful one next year. “I’ve gotten really close to the seniors and it’s sad to see them go,” said Ella Casady.

One special accomplishment for many members of the team was avoiding being in what they call the “trimeet”. Near the end of the season the 3 teams ranked lowest in the conference face off in a 3 way-meet and it’s not what the team would consider something to look forward to, as it is a competition of the worst teams in the conference. They were very happy to have improved enough, and to have won enough meets, to swim against Rogers instead. Another big accomplishment, according to sophomore swimmer Bryn Lewis, was winning their meet against Osseo this season.

Outside of the pool, the team loved to spend time getting to know each other and usually enjoyed some kind of food. While many teammates, including Lewis, desired more team bonding time, it sure was an important part of being a part of the Cardinals squad. Both junior diver Josie Ingvaldson and sophomore Bryn Lewis said their favorite memory outside of the pool with their team was going to the “World’s Largest Candy Store” after a meet one Saturday, and Ella Casady said her favorite memory was “brunch at Pappy’s.”

While they do spend time bonding outside of the pool, most of their time is spent at the pool, of course. Waters and Casady both said that their favorite in-pool memory was dropping time in their 500 meter races; Ingvaldson said she enjoyed learning new dives, and Lewis said her favorite was getting to go to the Panther invite, an invitational meet that only varsity swimmers get to participate in.

Overall, the 2019 season was one of big improvement, learning and growing. As for next season, the team hopes to see more team spirit and team bonding, plus more pasta parties. “To be more of a family than just a team,” Ingvaldson explained as a goal of hers for the team next season. As we can see this team is close knit and they care about each other a lot, but a desire to do more and get closer is something that is going to drive this team into a successful future. They’re all excited to see where this young team will go.