You Could Be Wearing This Weapon to School 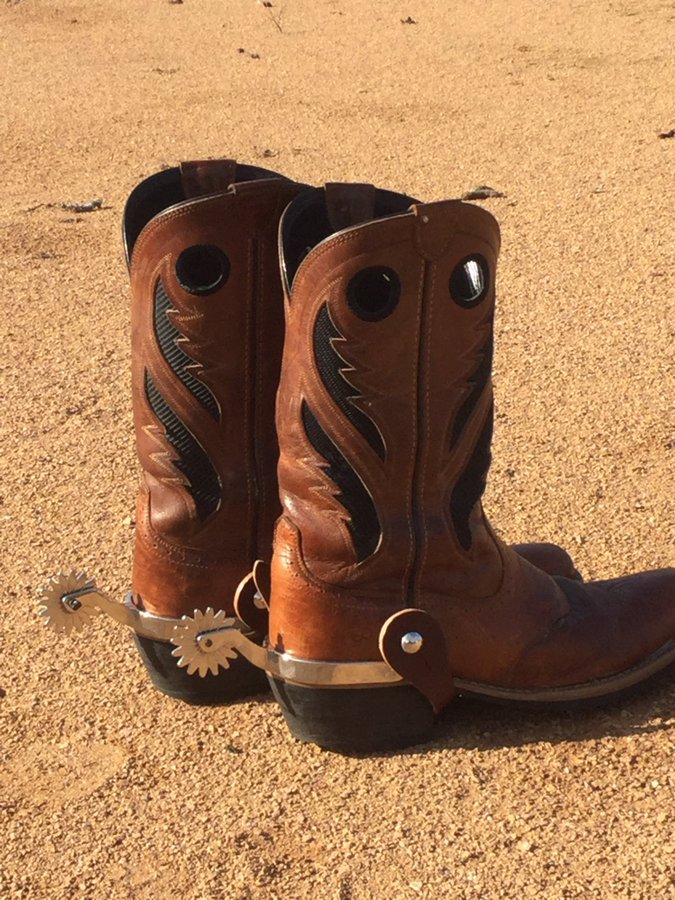 ‘Twas the night before homecoming week and all through the house

silence was strong and the halls were dark.

But I, unfamiliar with slumber’s embrace, browsed Amazon looking for something new.

My bleak fashion and my quiet trot demanded fixing-I needed something to fill the void in my heart.

Ho! I found the love of my life and the answer to filling my deep dark hole: spurs.

Finally, Spirit Week at CRHS and Culture and Heritage Day, and the perfect opportunity to wear My Beloved.

At school I arrived, with shiny new spurs smartly hugging my ankle.

Throughout the halls, once friendly and familiar to me, I walked.

Suddenly, my extravagant parade was halted by a voice-a voice that subsequently filled my ears with despair.

I pivoted only to behold a presence as that of a wall…and  it filled me with wrath.

On Tuesday, September 17 of this year, I wore my spurs to school on Culture and Heritage Day only to be told by one of the Assistant Principals (of this prestigious institution) to take them off. However, I believe that the judgement of this assistant principal was flawed because the school’s weapon policy does not explicitly prohibit spurs.

When one of our school’s beloved Assistant Principals denied me the right to wear my spurs, he claimed that they are weapons. But I ask you, are spurs weapons? For those who aren’t aware, spurs are metal attachments for cowboy boots that are used for horse riding. They are used to apply pressure to a horse’s side to communicate to the horse to speed up. However, wearers of cowboy boots usually wear them as a fashion statement, not only because they look cool but also to show their support for the agricultural industry.

Spurs are very difficult to be used as weapons. Spurs usually rest on top of a cowboy boot’s heel because the heel is designed specifically to hold cowboy boot accessories, for example: SPURS! Because of their location, above the heel, it would be an acrobatic feat to attack anyone. Because they weren’t intended as a weapon. The only way you could specifically attack someone with spurs is if you jumped on their backs and had the skills to wrap your legs around the “victim” and maneuver your heels in such a way for the spurs to hit their body in the front. The worst damage you could do to a person by using this technique would be breaking a couple of ribs. So, does this unconventional (and near-impossible) method make spurs a weapon? According to 100% of Americans: NO.

While, the AP in question told me to my face that my spurs are a weapon, what about in the eyes of the school district?  Spoiler alert: ALSO NO.

According to the district student discipline policy under “Code of Student Conduct” section B sub-section 4:

“Weapon means a knife; firearm or an item which looks like a firearm, whether loaded or unloaded, in working or nonworking condition; destructive explosives, any incendiary device or look alike and/or the threatened intent or intent to cause an explosion; or any other device or instrument which is utilized in such a manner so as to threaten, intimidate or produce bodily harm or the fear of such.”

Based on this definition, anyone  should come to the obvious conclusion that spurs aren’t knives, firearms, or bombs. Do spurs produce bodily harm? As I proved previously, an emphatic NO.

However, are spurs ‘threatening’? Are they ‘intimidating’? It could be argued that spurs are potentially both intimidating and threatening, but, in this situation, WERE they?

NO. How can spurs be threatening when my peers and teachers gave me compliments throughout the school day? This proves that spurs do not break the student weapon policy in the official Anoka Hennepin District Student Discipline Policy.

As I had previously mentioned. the day I wore them it was Culture and Heritage Day so everyone had been expecting other people to wear fun, strange, and unconventional outfits. This is exactly why I thought it was the perfect day for me to wear my spurs-to express my appreciation for the American cowboy in a fun, strange and unconventional way, not to threaten anyone.

As you may have guessed, I kept my spurs on, disregarding what the AP had said because I knew that if I had been called out for it again I would have a means to defend myself unlike the time before, so I technically broke the rules that day, but not because I wore my spurs to school.