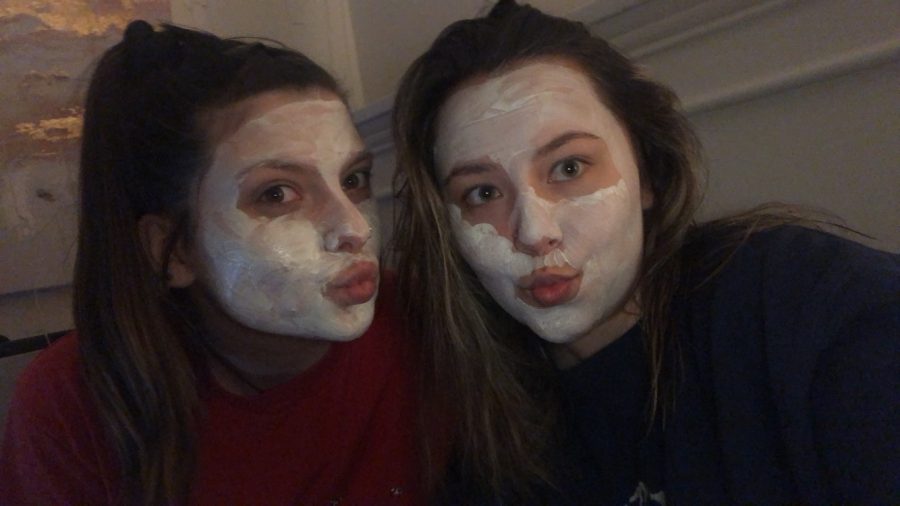 If your weekends are similar to Abigail and Morgan’s, then they might include binging on snacks, slathering on face masks and scrolling through the Netflix homepage for something interesting to watch. We’ve decided to help you with the last one; here are some hidden Netflix gems 🙂

Friend Request– (Suspenseful/ Horror) A story about a college girl who had the ideal life, but a girl with no friends wanted all her attention. When the college girl didn’t want to hangout with the other girl, she wanted to make her pay.

My Teacher My Obsession– (Drama with a little Horror) Mind-twisting movie of a high school girl that falls in love with her teacher. She tries to be friends with his daughter but ends up manipulating and becomes controlling. Plot twist ending.

Seven In Heaven-(Thriller) An innocent game of seven minutes in heaven transforms them into another reality. How will they come back to reality?

Nothing to Hide- (Drama) Adult friends play a game of putting their phones into the middle of the table during dinner. Rules are they have to answer every call and read texts out loud. Secrets come out and drama begins

The Kindergarten Teacher- (Drama) A kindergarten teacher that takes poetry classes on the side discovers one of her students is a natural talent. The student becomes her obsession and does irrational things to not lose him from her life.

Bad Match- (Thriller/Drama/Horror) A man swipes right on a girl on tinder. A one night stand wasn’t all she was looking for. Plot twist ending.

Heathers- (Dark Comedy/Cult) Winona Ryder and Christian Slater star in this cult favorite as a high school girl who hates the mean girls in her popular clique, and a mysterious newcomer who claims to have the solution to all her problems.

Pulp Fiction- (Crime/ Drama) This classic Tarantino film tells the tale of two mob hitmen, a boxer, a gangster’s wife, and a pair of diner bandits intertwined in four tales of violence and redemption

Eternal Sunshine of the Spotless Mind- (Drama/Romance/ Sci-Fi) A man, heartbroken that his girlfriend underwent a procedure to erase him from her memory, decides to do the same. However, as he watches his memories of her fade away, he realizes that he still loves her, and may be too late to correct his mistake.

P.S. I Love You- (Drama/Romance) A young woman loses her beloved husband to a brain tumor, and then discovers he left behind a series of letters to help her cope.

Good Will Hunting- (Drama/Romance) A troubled young janitor at M.I.T. has a gift for mathematics, but needs help from a psychologist to find direction in his life. A touching tale of self-realization and love.

Sex education- (Comedy/ Drama) Displays the reality of a teenage boy having a mom as a sex therapist. He uses therapy techniques he learned from his mother to get money from students in his school. Also during the series, describes how he falls in love and drama that happens with his friends and others at the school. This includes his best friend that is gay and the hardships he goes through for wanting to be who he is.

The End of the Fu***** World(Thriller/Drama) Mind twisting show about two out of the ordinary teens. One boy thinks he is a psychopath and the girl wants to fall in love with him. Many adventures later they get into some trouble.

Dear White People- (Drama) TV show about the discrimination present black people feel today. Modernized show about current and real issues. The title comes from a radio show segment one of the characters do and white people get triggered by it.

American Crime Story- (Crime/Thriller/Drama) A dramatized retelling of criminal cases in the U.S. that captivated the public, each season being a different crime. Takes a deeper look at all sides of the story.

Skins- (Drama/ Comedy) A U.K. TV series following a group of high-schoolers and their journey to find love, happiness, and themselves.

New Girl- (Comedy) A girl fresh out of a bad breakup moves in with three single men, all of whom are ready to figure out the ways of the world.

Love- (Comedy/Drama/Romance) Follows a couple who must navigate the exhilarations and humiliations of love, intimacy, commitment, and other things they were hoping to avoid

Arrested Development- (Comedy) The Bluth family was once at the top of real estate development in Orange County, California, but when their company goes under and their father is imprisoned, the only sane member of the family must hold them all together.

Parks and Recreation: (Comedy) This show follows the daily lives of Parks department employees in a town overrun by racoons, waffles, and overweight citizens with a distaste for change.

Big Mouth- (Comedy) Best show of all time, that’s all.