A Little Scream For Halloween 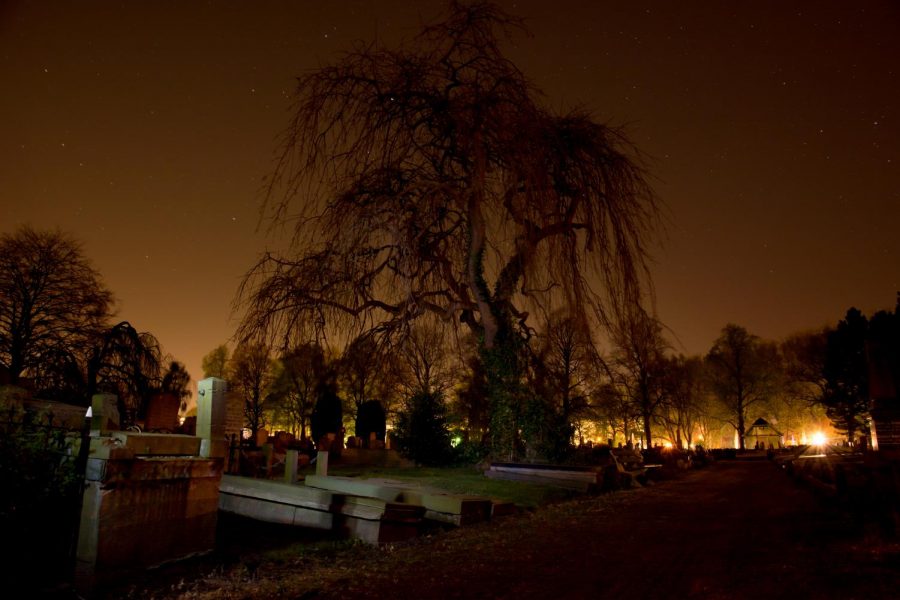 Do you want a spooky, scary film to watch? Well, you came to the right place. This is a list of my personal top 5 movies for the SPOOKY season.

Hocus Pocus, a Kenny Ortega film released in 1993. The main characters were played by Bette Midler, Sarah Jessica Parker, and Kathy Najimy. Hocus Pocus begins in a small town in 1693, where a teenager named Thackery Binx realizes his little sister, Emily, has been lured Into the woods, under the control of a witch. … Winifred, the eldest sister. The potion, when drank by a child, has the ability to restore the witches’ youth. Olivia Boyce ’21 said, ”It’s a classic Halloween movie and it generates a lot of hype around the holiday.”

Scream, a film by Wes Craven, was released in 1996. Some of the main characters were played by Matthew Lillard, Skeet Ulrich, and Rose McGowen. Sidney Prescott, a young teenage girl, whose mother was killed a year before, becomes the target of the masked killer! Her boyfriend Billy Loomis becomes the main suspect along with Sidney’s father. Their only clue is a ghost mask. A local tabloid reporter, Gale Weathers is on the case to find out who the killer is. Brittney Peterson said:” When I first saw the movie I was 13 and I watched it with my best friend and we cried because we were so scared!”

Friday The 13th a 1980 film by Sean S. Cunningham, was Ranked 4th best out of all the Friday The 13th movies by Collider.com. A group of teenagers goes to Camp Crystal Lake for a campout in Cabin 13 but what they don’t know is that a little boy drowned there because the counselors weren’t paying attention. His name was Jason Voorhees and now he comes back for revenge on his birthday, “Friday the 13th,” to kill the counselors! The main characters were played by Betsy Palmer, Adrienne King, Ari Lehman. Halle Huttle, a fellow classmate, said this” it’s a scary Halloween movie and it’s a classic for anyone looking for a good scare!”

Halloweentown, a Disney film by Duwayne Dunham, was released in 1998. The main characters were played by Kimberly J. Brown, Debbie Reynolds, and Joey Zimmerman. After learning she is a witch, a girl helps save a town full of other supernatural creatures. Marnie, Dylan, and Sophie Piper have their first of many adventures! On Halloween, while Marnie is arguing with her mother Gwen, the kids’ grandmother Aggie comes to visit. One of my childhood best friends, Delaney Johnson, said: “we used to love this movie so much and I remember it being an amazing laugh for anyone around Halloween.”

The original Halloween movie was written by John Carpenter and released in 1978. The main cast was played by Jamie Lee Curtis, Donald Pleasence, and Nick Castle. Fifteen years after murdering his sister on Halloween night 1963, Michael Myers escapes from a mental hospital and returns to the small town of Haddonfield to kill again. Peyton Taylor told me when she thinks of the movie Halloween a word that comes to mind is “spooky!”