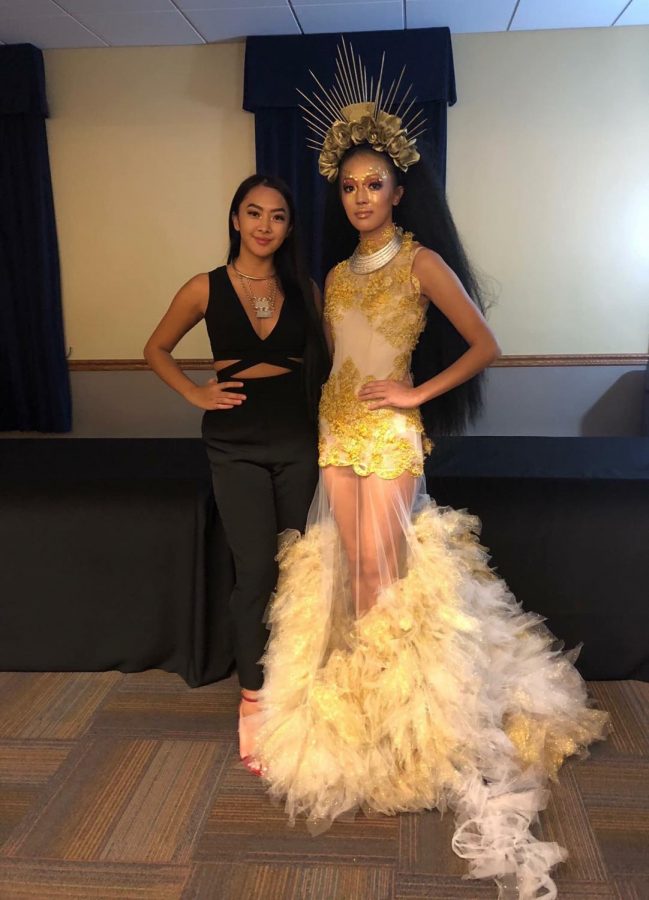 Kylie Xiong (left) and Kayla Xiong (right) together after the Stylus Big Show on November 10, 2018, Kylie was supporting Kayla as she walked down the aisles that Saturday evening.

Kayla Xiong and Kylie Xiong were given the opportunity in 2017 to model Hmong outfits for the Hmong Thao/ Kue New Years, and that’s where it all began. They both state that modeling was an interest, but it was never a passion until just recently. With the support of their Mom, Dad, and family, they pushed to book more calls and shows for Hmong designers all around the country. They first started as the “tall sister duo”, but as time goes on, they have started to frame their journey and character individually.

Kayla Xiong, a current freshman attending St. Cloud State University in St. Cloud, Minnesota, started modeling November of 2017. She said that by modeling she started to gain confidence, self-esteem, and she felt as if she was now accepted into society, and the Hmong community. Her height (5’8) and “exotic look” were  what had the designers wow-ing over her. The first official fashion show she was a part of was the Fresh Traditions Fashion Show Season XII taken place at Union Depot in Saint Paul, Minnesota. She modeled for a designer based in California, USA and her outfit was definitely a show-stopper; dressed in all white she displaying an angel. After Fresh Traditions, the amount

of recognition, opportunities, and exposure she obtained increased. The support of everyone around her had her adoring and admiring the Hmong modeling community even more than she previously had.

Now, every weekend Kayla Xiong finds herself  coming back to the Twin Cities with new photoshoots, calls, and shows to attend. When asked if she would change anything about modeling, she said nothing because everything is still new to her, and she’s still adjusting to what modeling really is. Lastly, she wanted to give advice to upcoming models balancing school and modeling. “Make sure to stay on top of things, and know the important dates so you don’t fall behind. By doing so you can continue to pursue your modeling career in a less stressful way.”